Wookie Garcia, a band since the late summer of 2008, is based in southern San Diego county. Jason Sumner-LaRussa (drums) was previously heard in Haywire, while Kyle Ince (guitar, vocals and harmonica) and Mark Tucker (bass) previously played together in Hatfield Rain, and Kyle, Mark and Brian Sharkey (lead vocals) once made up three-fifths of the band Usual Suspects.

In the spring of 2008, after almost a year of hanging out in the garage discussing sports & politics (and occasionally playing some songs) Jason asked if the band might actually want to play in front of an audience.  It seems his in-laws were going to be given a surprise party for their upcoming 60th birthdays.  And, being that they had both grown up during the Beatlemania era in England, some cool sixties covers would certainly fit the bill.   In addition to a couple of of original songs, the then unnamed band played several mersybeat songs by the likes of Herman's Hermits and Gerry and the Pacemakers.  Armed with the ability to play songs like "Something Tells Me I'm into Something Good," the band figured that they were ready for anything.

With the cheers of the crowd still ringing in the band's ears, the decision was made to get out of the garage once in awhile, to be a real band again.  It had been awhile but the guys were confident that they could work a little harder, accomplish a little more, but still keep it fun.  So far the band has played some shows, met some cool people, and completed a new album that they are very proud of.  So far it's worked out pretty well.

The Wookie Garcia mission is simple: to write, play and record songs they like, and to seek out others who might like them too. For now, they're gonna play some shows, drink some beer, & have some fun.  The band expects to play out once or twice a month, and to get back to the studio soon to begin the process again with more great new songs. 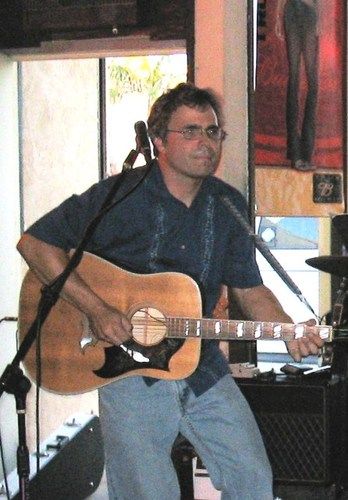 Kyle Ince plays guitar, harmonica, sings, writes songs, books gigs, orders setlists, produces recordings and pretty much agonizes over every detail of the band. In his spare time, well...we don't let him have any spare time. 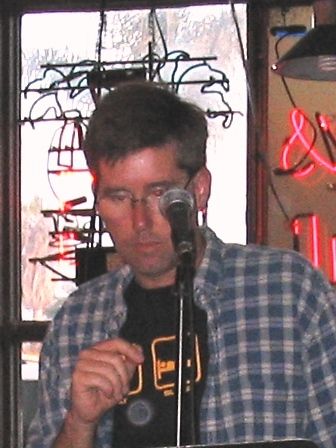 Brian Sharkey sings and sometimes writes words 'cause he thinks rock instrumentals aren't really that cool. Like Kyle he attended the same High School as Rock and Roll Hall of Famer Tom Waits. Although much later. 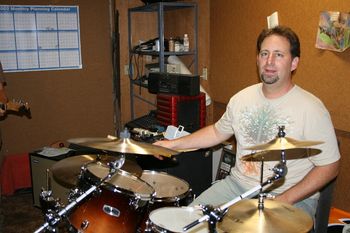 Jason Sumner-LaRussa is really just sitting in with the band until his daughter is old enough to take over the drums full-time. He has detailed knowledge of obscure music acts that are way before his time. 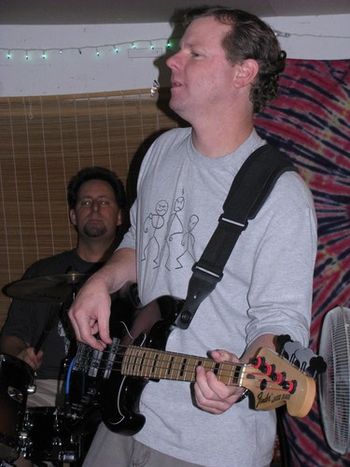 Mark Tucker plays bass. His biggest decision on gig day is choosing between the dozen or so instruments in his collection. Luckily he always brings along his magic bag that contains just the right tool for any situation.

Since playing their first show at the legendary Spirit Club in early 1987, Usual Suspects had been a top club band locally, playing original songs, opening for touring artists, and dodging all those pesky record labels that were always trying to tempt them with offers of fame and fortune. (Well, at least that's the way the band remembers it.) The band was twice nominated in the "best rock band" category at the San Diego Music Awards (damn those Beat Farmers), and received positive press from the likes of Karla Peterson (San Diego Union-Tribune) and John D'Agostino (The Reader). The band worked hard at recording but released only two albums in its lifetime: Soapbox Row in 1992, and Month of Sundays in 2000.

In '87, the band had begun as a quartet, with Kyle on guitar, Brian on vocals, Bob Sheehan playing the drums, and Gary Halvin on bass.  Later in that first year the band added a fifth member, keyboardist-guitarist Mike Wozniak and what would become the Usual Suspects' sound was developed.  Wozniak didn't stick with the band for long however, and was briefly replaced by Sharon Golden on keys. By 1989, the guys were once again looking for a fifth member and found Bob Fedeli who played keyboards and guitar, and sang.  In '91, original bassist Halvin was replaced with Mark Tucker whom the boys had known from his days with Junction 8, and the classic band line-up was finally in place.  This line-up was only altered for a brief period in '93-'94 when Fedeli stepped away from the band temporarily and was replaced by local legend Mighty Joe Longa, organist for the Jacks and Tomcat Courtney.

In early 1998, Bob, the original drummer, left the group to pursue the always popular "other interests" and although he was replaced by good players, including Todd Woolsey,  things just weren't the same.  By the end of 1999, Brian, too, had convinced himself that he was finished with music and "retired" from the band.

The remaining Suspects met up with Dawn Jackson, a singer-songwriter from Nashville, and then added Ted Stern,who played pedal steel and fiddle. The resulting band, Hatfield Rain, was in a little more of a country vein than Usual Suspects had been, and was also popular in town. Their one album, Matter of Time (2002 Sho-Bud Music), is still available for purchase online.

Hatfield Rain eventually went their separate ways, and it wasn't long before Kyle and Brian started to get together to drink beer and sing some songs in the garage, just as they had done some fifteen years earlier. Amazingly, they kept this up for several months until Kyle wondered if Mark might like to join them as well. Still without a drummer, or a name, the acoustic trio began showing up for open mic showcases in San Diego clubs, each time assuming a different band name they decided on at the club. This led to the inevitable Usual Suspects and Hatfield Rain reunion gigs, which were fun even as they were fleeting. The most memorable of these was in March 2005 when the band played the Belly Up Tavern with the Beat Farmers.

When the decision was made to consider adding drums and becoming a "real" band again, the one thing that was clear was that someone had to be found who could fit in personally as well as musically. Luckily, Jason was found, and after months of very low-key rehearsal the band was indeed "real" again.